Trevor Alixopulos is the Santa Rosa based cartoonist behind the books Mine Tonight and the recent Ignatz nominated graphic novel The Hot Breath of War. I love Trevors drawing style...his self published mini Nil from the late 90s was an early favorite of mine when I started reading mini comics. I've always thought of him as one of the most stylistically disctinctive cartoonists around.

You can get his books from Sparkplug comic books:
www.sparkplugcomicbooks.com

Here is his blog:
http://www.hautejunk.blogspot.com/

1. can you describe your drawing routine---how often you draw, how
many hour per day---how you break up the day with drawing?


On my way to work, mid-morning, I usually get coffee and draw
somewhere for an hour, I tend to be more creative when I'm just waking
up or before I go to sleep, to that end I'll sometimes draw at home
late at night. Weekends I'll ride out to some place to work, I had a
good spot in a bookstore cafe for awhile that was private and had some
magic coffee that always gave me good ideas, but now it's closed and I
have to make do with other places. I think it's good to be a little
superstitious as an artist, to go with what works even if isn't
rational. I usually work for three or four hours a day on weekends,
more if I'm in the middle of a project.


Mostly I try to edit in the thumbnails, before I've committed ink to
paper, because it's much more painful to make changes afterwards. I
will still sometimes tweak lines of dialogue or ruthlessly shitcan
whole pages if they're not working out in the final draft.


3. talk about your process---do you write a script or make up the
drawing as you go?

With THBOW I diagrammed out what I wanted the book to look like
beforehand, sort an exploded visual Cliff's Notes. That's the concept
stage, then I thumbnail out the pages on scrap paper, I can't write
prose separate from the images, they come together. Then I draw what
will be the final pages in my sketchbook.

4. do you compose the page as a whole or do you focus more on
individual panel composition?

I focus mostly on the quality of line and the rhythm of story, page
composition is sort of an afterthought, a gloss, frippery. To my way
of thinking, the reader and I are following one unbroken line
throughout a book. I can appreciate thoughtful page composition, but
it's not a major concern in my own work.

I work in pen and ink, usually an Esterbrook 369 Maritime, 788 Oval Point or a Nikko
N-G nib. Ink: Speedball Superblack or PH Martins. Micron pens for
lettering. Mechanical pencils. Pentel White Out Pen. China marker for greys. I feel like I wasted a lot of time trying to use the wrong
tools and thinking I had less talent then I did merely because I was
using tools that weren't right for me. I'd recommend beginning artists
experiment with different tools, it's true that you can get good with
any tool but it's also possible to invest too much skill in the the
wrong one.

I draw in a Watson-Guptill sketchbook, it has nice paper. Pretty much
any paper that's smooth, lets the pen glide, and takes ink well works
for me. I used to draw on Bristol but it didn't feel as natural as
working in my sketchbook, the art looked stiff, and I got performance
anxiety because it was expensive and I didn't want to screw up and
have to buy more paper.

7. do you read a lot of comics? are you someone who reads comics and
then gets ectied to make more comics---or is your passion for making
comics not linked to any particular love for other comics?

I don't read as much comics as I used to, for pure entertainment value
I'm more likely to pick up a nonfiction book than a comic. But I do
find myself reading comics in this "professional capacity." Either for
inspirational purposes, like "I love how this person draws, I want to
be inspired and maybe pick up some of that." Or for aspirational or
competitive purposes, "I know what this person is trying to do and I
bet I can do it at least as good or better." I don't read much comics
while I'm working on something but in the times inbetween it can be
very helpful, to give me a jolt of energy.

8. do you make comics for a living? if not, how do you support
yourself, and how does this relate to your comics making process?

I don't make money in comics really, I have a part-time day job in the
periodicals department of a library. I live pretty cheaply, I can't
afford cable tv or fancy electronic I-doodads, which at least
eliminates distractions. But it in turn makes me a bit alienated from
mass culture, which shows up in my art, for good or ill. As part of my
job I read lots of different magazines, from many disparate fields,
and I think that maybe helps give me some perspective beyond my lifes
station.


9/ do other artforms often seem more attractive to you?

I have this desperate, visceral connection with music, probably more
than any other art. But I've never had any talent in it, which I
sometimes regret because it has so much more value to people than
comics. Maybe someday I'll have some breakthrough in it, it's almost
like those dreams where you dream you can fly and when you wake up you
almost think you remember how. That's how music feels for me. I much
prefer the company of cartoonists to musicians, however. Cartoonists
are pretty much the best.

Very few I guess, but there's much art that I can love and admire
without relating very personally to. I guess I'm less likely to feel a
kinship with an artist than I am with some stranger buying a roll of
brawny in Walgreens at 1am. The work of expressionists like Grosz and
Beckmann feels very familiar to me. I can relate to the restless,
searching qualities of Kevin Huizenga's and Eddie Campbell's comics,
the play of line and form in Dylan Horrock's and Vaness Davis's pages.
This might not be a kinship exactly, but Lynda Barry is one of those
artists who will produce a turn of phrase or an idea that seems like
it's been always laying in wait inside me, but never vocalized.


11. is a community of artists important or not important to you?
It's really nice to be around other cartoonists, it's helpful to be
around people of the same temperament. Just being able to talk about
artistic concerns that were private and seemingly shameful was a real
revelation. I think having spent periods with a lot of feedback and
bolstering from other cartoonists was really beneficial for me. Not
having that so much today might be a detriment, but at some point you
do have to rise or fall on your own.

My parents and family are very supportive , I can't say I've hashed
out any thorough reactions from them. People in general have such
hectic lives and complicated pasts that I'm surprised when anyone can
engage with my work, regardless if they're related to me.

Of course there's plenty of ideas within style, but it's more
important to have the right idea than the right style.

Drawing is usually fun, it varies from a cheerful lark when I'm
doodling to serious pleasure when I'm in the middle of a story and on
a roll. When it's good, it's amazing, exhilarating and relaxing at the
same time.


15. when you meet someone new, do you talk about being an artist right
away? do you identify yourself as an artist or something else?

I think there's other interesting things about me besides being an
artist, so I don't necessarily lead off with that. If someone asks I
say i'm a cartoonist, unless they've already made such a bad
impression on me that I want the conversation to be brief and
painless. I think it's good for people to be told you're a cartoonist,
because whenever someone asks if I am one it's in this wary, skittish
way. Like I'm going to be offended! "Um, so what do I call what you
do...is it ok to say cartoonist?" So I think it's cool to reassure
people.

16. do you feel at all connected to older comic artists like steve
ditko or jack kirby---or does this seem like a foreign world to you?

I grew up reading them, and I love both Ditko and Kirby's profligacy,
they both were capable of drawing from the mundane to the surreal. But
that admiration is tempered by their isolation into what at this point
to me is a depressing, tedious genre. It's hard to see the great work
those men produced through this patina of phony nostalgia that's built
up since. I also find inspiration in the strange newspaper strips
earlier in the 20th Century, Feininger, Herriman, McManus, Messmer are
all inspiring to me.

I love to draw and I can't imagine ever stopping. Having said that,
there isn't a day that goes by that I don't think of never drawing
comics again.

My casual doodling is a mix of drawing from observation and from
memory/imagination. I took figure drawing classes every semester in
school. It's hard to estimate how important that is, even if
you're not drawing realistic comics it helps to discipline your eyes.

Sometimes it's direct to ink and others I'll lightly block in the
image with a mechanical pencil beforehand. I like the free,
spontaneous feeling of attacking the page directly with ink, that
dynamic war between black and white. Even when I'm pencilling before,
I try to leave myself room to improvise. The art I've that done that I
find most compelling is work that gives up control and then can
casually reassert it. There's a grace to it that is very satisfying. 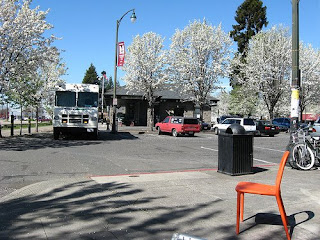 Posted by Austin English at 1:04 PM

Great site about "Trevor Alixopulos",this information really helped me , I really appreciate it. Thanks a lot for a bunch of good tips and I need help with how inversiones rentables correctly.

I'm always interesting on comics but I've always wanted to find a great place where I can find someone that teach me very well but I couldn't find anyplace. Generic Viagra

Get daily suggestions and instructions for generating $1,000s per day FROM HOME for FREE.
GET FREE ACCESS INSTANLY